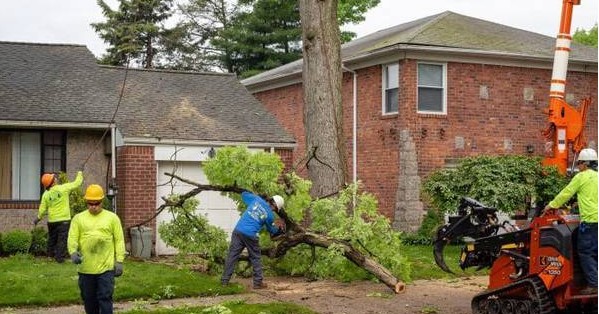 How to maintain a young tree?

Tree care can be a hard thing for beginners

Right after planting and kind of in that first year. The most important is maintenance thing by far is watering. You want to make sure you are able to water your tree if possible. If for some reason you’re not going to be able to water very much or for very long.  You know other than maybe for the first little while you want to make sure to go with a tree that can handle drought. Probably a smaller tree because that can ease more easily it’s gonna get established more quickly. 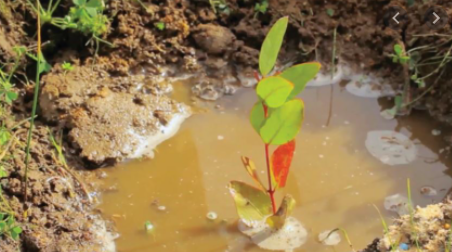 But really even if you can just water for the first couple of months you know it’s really important to have water there. You also want to if especially if you can’t water you want to not plant anything under the tree for that first year. If I’m watering regularly I don’t mind planting an understory of something. But you, if you can’t water as much you want. Do not plant anything you want to control the weeds for sure. And either way, you definitely want to keep the grass away from the root zone. Which is one of the reasons why we need to establish a nice dugout area with mulch.

Because grass is really good to compete with trees. A grass can decrease the growth of the tree by as much as fifty percent for a young tree. If the grass is right up to the trunk so you’d that’s one of the reasons why we do that root zone. Watering is really important and interestingly if you’re in a colder climate you have to be prepared to water a little bit longer just because as I was saying before that root system takes longer to establish in a cold climate. So you might have to prepare to water properly.

You know well for a good year whereas in a warm climate maybe three to six months that tree is going to be more established. Doesn’t mean you stop watering but just it’s not as big of an issue for watering you know it might be two-three times a week. Right when you plant it and throughout that first year it totally depends on the climate so I can’t really tell you depends on your soil all that stuff that we talk about. When we talk about watering but it might end up being more like every week or two eventually and then eventually the tree will print largely to tree care of itself.

You know, after a year or two you hardly have to water and less you’re going through a drought pruning you know there’s no real need to prune a tree. Some people think you need to prune a tree when you plant it to balance out the canopy with the root system that’s not the case. You know we want to leave the leaves up there so that they can photosynthesize to help grow that root system back to the way it should be. All I would do is prune out any dead or damaged wood or any wood that looks like it’s going to cause a problem.

So if you have branches that are if you have a codominant trunk or branches that look like they’re gonna be rubbing all the kind of stuff. Talk about pruning, but there’s no need other than that. To do pruning to balance anything out. There’s no need to wrap the trunk and anything like that. Some people think that you want to prevent sun scald from the hot Sun comes in and sometimes it can kind of cause problems with the trunk but usually that’s a lack of moisture. So the trunk kind of burns or scalds really more it’s it’s usually a moisture problem so you don’t need this for anything to protect the trunk.

If you have rodents you might benefit from something like this that first year cut a slit in it all the way down so that you can wrap that around the trunk and that might discourage rodents. I wouldn’t go and do it unless you find that rodents are already a problem in your garden or if you notice they are then you can go and do that. Other than that for fertilizing it’s the same kind of stuff I do in the rest of my garden. Whenever I’m spraying a foliar fertilizer of kelp and sea minerals and fish and microbial inoculants. I’ll spray it on to the foliage of my young trees and over the root system.

I’ve already improved the soil with compost and rocked us so I don’t have to do anymore fertilizing. It’s more biostimulants and microbial inoculants. I definitely want to keep a solid mulch on there 12 months of the year I don’t have to do any more mycorrhizal fungi. I did that at planting and they should be there now as long as I’m treating them well. I think that’s all for tree maintenance you know there’s no need to prune there shouldn’t really be much need to prune a tree throughout its life.

If you’ve planted the right tree in the right place you know occasionally if a branch dies then fine you can prune that out. But there’s no need to shape the canopy. You can do just very basic fertilizing if you staked it you want to remove that after six to twelve months. Other than that it’s just watering and mulching and same kind of stuff we do in our regular Gardens, so that’s what tree care looks like.